...plays bass and slide guitar on the following productions:

Sanchez had to leave México, came to the Canarian Islands, and played bass and slide guitar for Dirk Da Davo again.

We know a lot of shades of grey by now, but the 'Happy Grey', was unknown to us until now. The name DD Sanchez, on the other hand, did come up before at Luminous Dash: the collaboration between Dirk Da Davo (ex-The Neon Judgement) and Mexican bassist/guitarist Sanchez.

The latest reports on Dirk Da Davo's good bass friend these days read as follows: "I was really surprised to see Sanchez arrive in Spain 6 months ago. Completely unexpected but with valid reasons, oh boy!!! His immense popularity in Mexico as a musician led him to the top of the ladder in the Mexican hierarchy, like people from the Escobar clan! There he began an affair with a cousin of Pablo Escobar, which the family was not at all happy about. On top of that, that Escobar niece - we won't mention her name here - had become pregnant by the fantastic bass player! And that was definitely too much for the Escobar family! So they decided to send an assassin after him! Luckily, he was tipped off by one of his fellow musicians. So he went on the run and managed to book a plane ticket to Spain where he found shelter. Shortly after his arrival, Dirk Da Davo invited him back to his recording studio to make some new recordings. Recordings that resulted in a full-length album titled HappyGrey. 'HappyGrey'." The title is already correct. We are not responsible for the rest of the story, but congratulations in advance, Sanchez, on the little sprout!

On this album, we find 10 tracks as a middle ground between pop, electro, western and disco. If a 'middle' can be found in there at all, then gladly by DD Sanchez, because HappyGrey sounds like a happy-sounding project, especially knowing that the dark soul of Da Davo was thoroughly involved. Never too black or dark, then, except in the lyrics.

The hummable background vibe, southern guitar attacks and deliciously triggering electro sound make Vampire State an immediately handsome opener, with showy rhythms applied by not only the drums. A brooding, but anything but chilly atmosphere, there in Vampire State!

The details in rhythms make One Thing a really upbeat electro dance track, while Da Davo lets his lyrics bubble up among the elegant guitar-rock elements.

Melancholic sounds in the keys as well as in the guitars and vocals can be heard in Man in the Dark. A track driven by an intelligent bass line.

She Prays is carried by beats and bass! The perfect combination to unleash the imploringly rarefied lyrics, which become increasingly grim. And the same is certainly true of Cities in Dust

The opening guitar chords sound dirty and do not herald much good. And yet the track What Comes Around bursts open into an optimistically playful-sounding song.

Whirl has a strong electronic base, with sci-fi elements circling around, and Push it Up , Pull it Out also unleashes psychedelic yet quiet electro touches among the guitar playing, under tightly paced beats.

In Just Fun, the strings then take over again in a cinematic track. With playful rhythm elements, Waiting is the cleverly constructed closing track. The playful element is broken by the stark vocal line, creating a happy grey vibe!

That DD Sanchez has found his own sound, this album makes it clear. Surely a very different vibe from what Da Davo used to lay down, without renouncing his electro past and guitars. Sanchez adds deeply warm bass tones that manage to move grains of sand in a dry, windy, southern climate. Together, they have found their intersection between electro and country well! 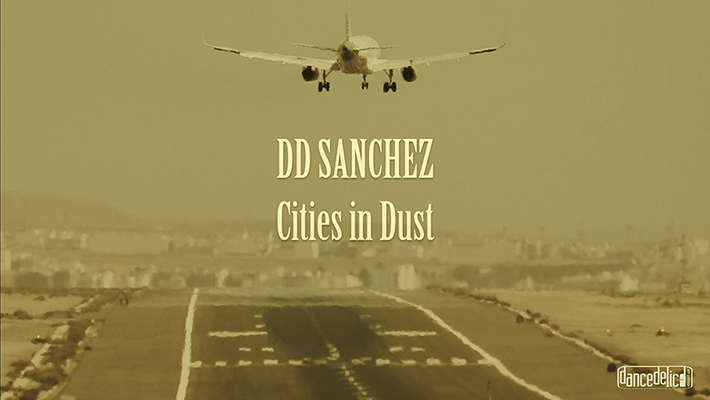 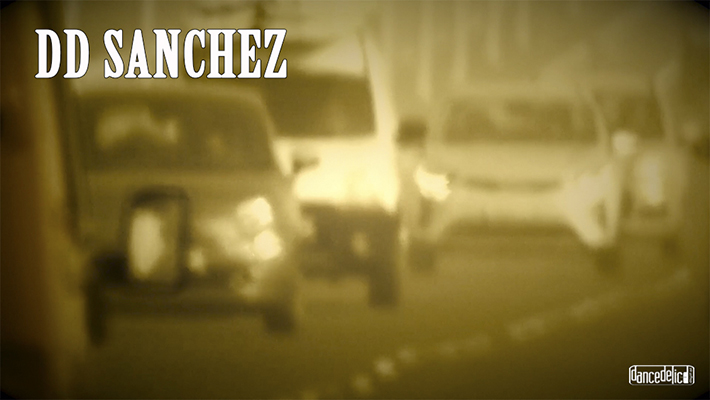 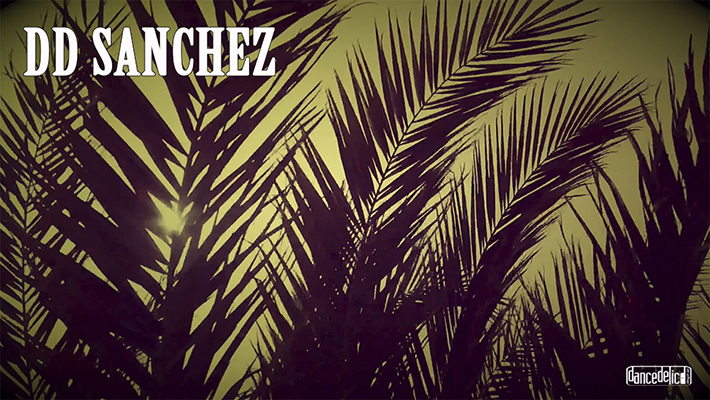 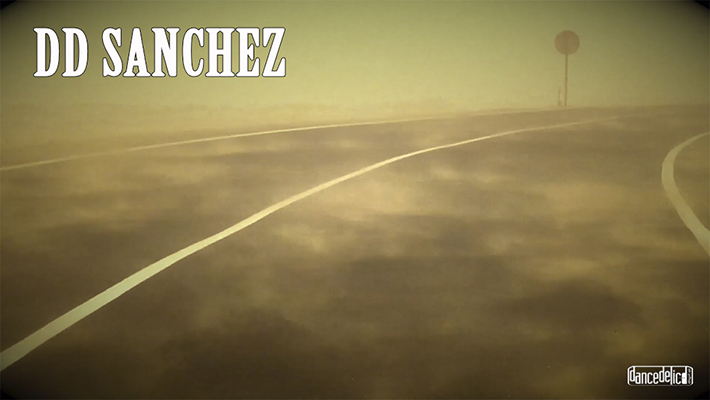 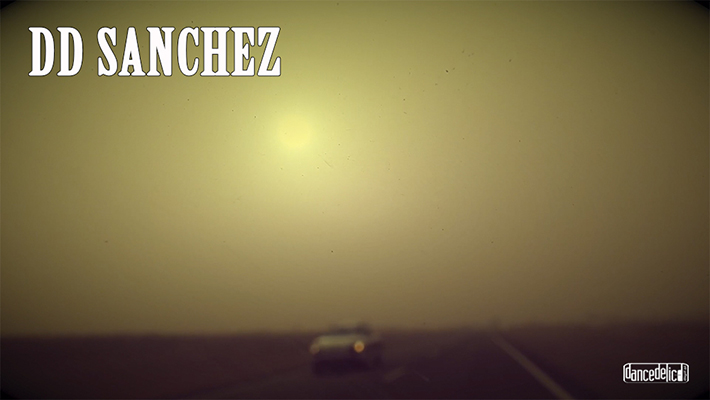 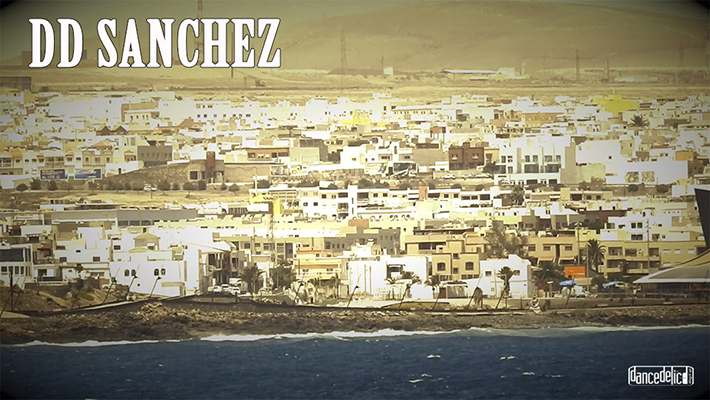 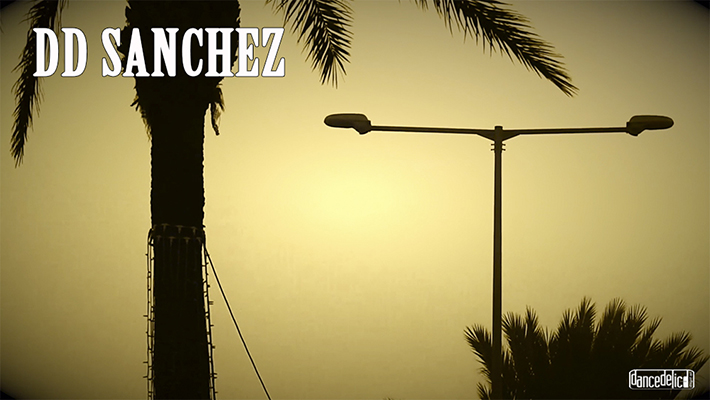 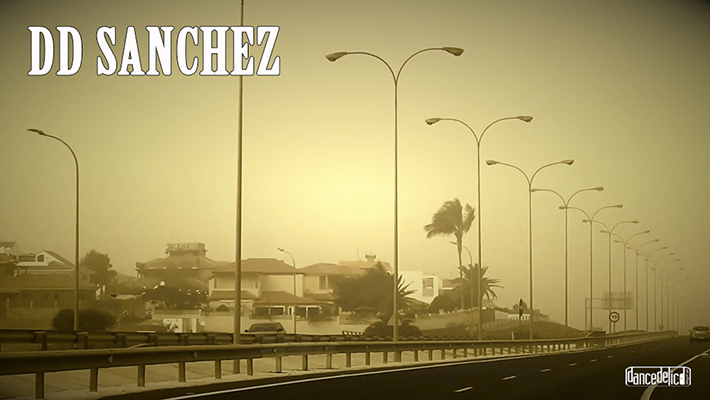 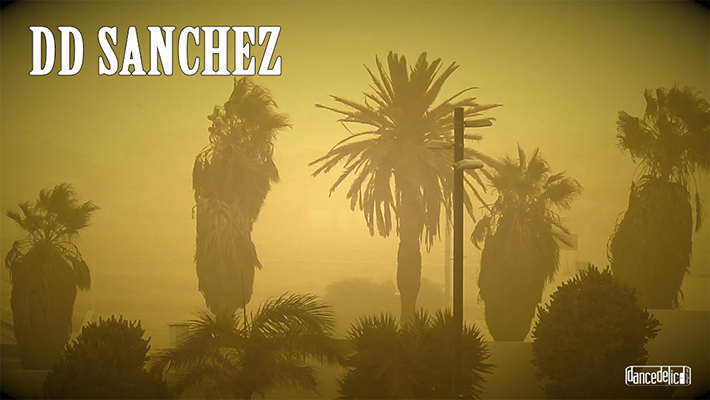 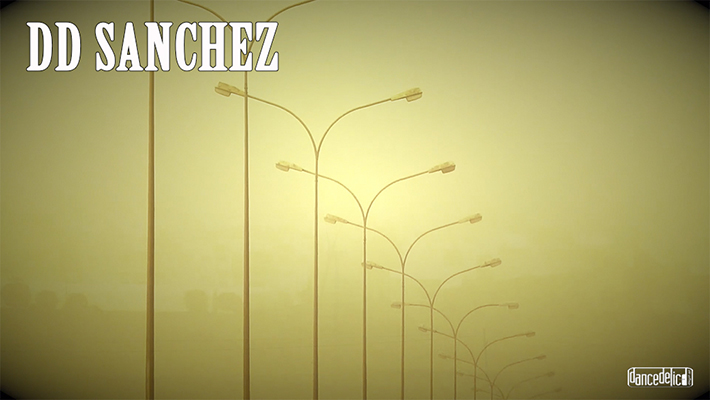 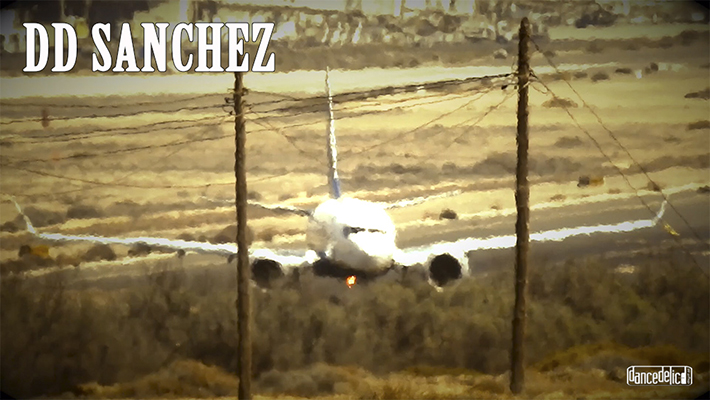 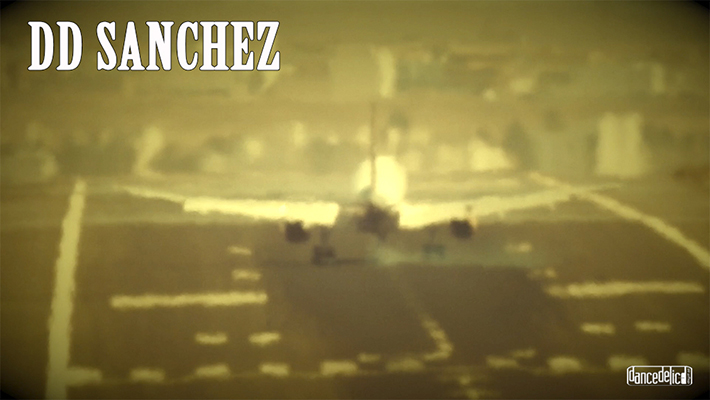 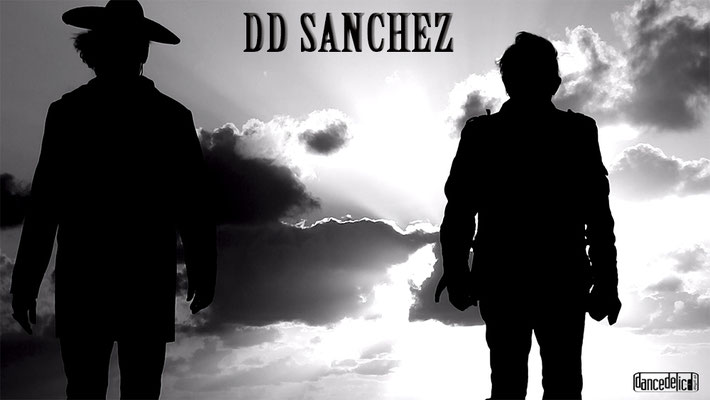 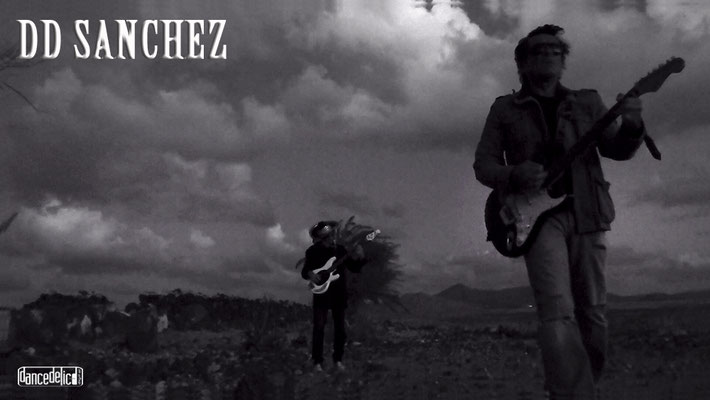 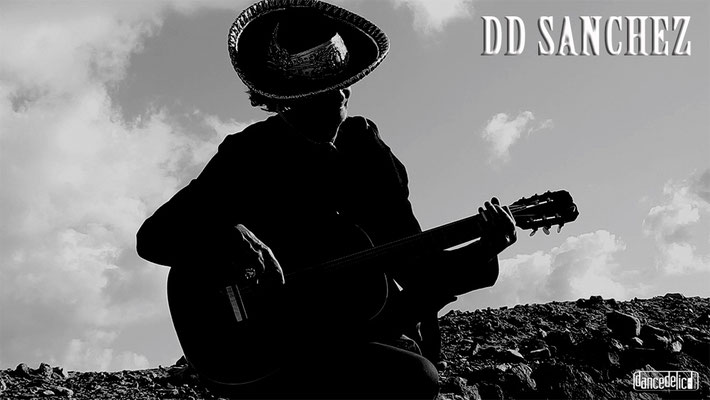 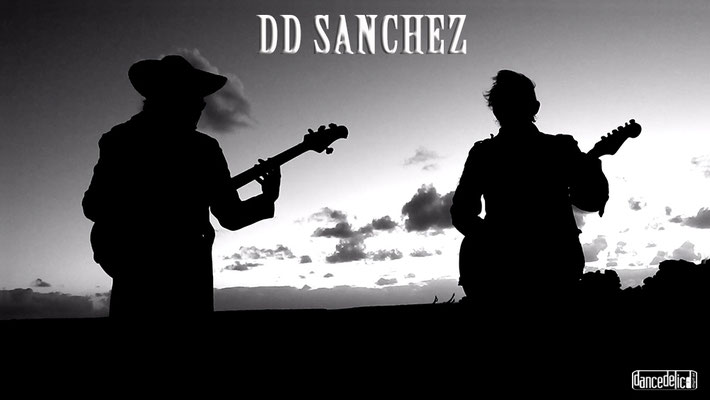 Seventura was born in a jam session on the desert island of Fuerteventura. The collaboration and deep friendship inspires new, original Indi-Pop music being released into the world. The lyrics often speak about human existence, nature, awareness and relationships. The first album "It´s All Right" was released in 2018, the second album "Two" was released in 2020.

All songs are available on Amazon, iTunes, Youtube, Spotify etc.

"Summer 2018. Dirk Da Davo, traveling through the USA, came across a colorful figure: SANCHEZ, born in Mexico, raised in Las Vegas, bass player. DD and SANCHEZ met during the Burning Man Festival. Both of them talked for a while about music, and a few days later they jammed some acoustic sessions in the outlands of Mexico City. After that, DD started to work out the electronic arrangements and vocals for these sessions and finalized the recordings they made. They decided to name the project DD SANCHEZ and titled their creation "Z". I guess it was the southern environment combined with the tequila that made these recordings sound like a kind of...dark-pop-disco!!! Shine the Light, New Morning, Trouble Town and Rainbow are the final results of these recording sessions." And the story is continuing with upcoming recordings named STrAnGe...

After the previous recordings of the "Z" EP, the time left during 2019 Sanchez started to tour again with his mexican side kick band "El Caballo". Da Davo continued his course learning Spanish until... the incredible bad virus came in!!! Both of them decided to 'duck and cover' for this incredible attacker virus, so they met up in Punta Mita (Mexico) to record some more material at their beach house studio. And....as the incredible antagonist virus made their life so "STrAnGe" and unusual (even in Punta Mita!), they decided to title their new recorded concept as STrAnGe. So "STrAnGE" is pointing directly to the feeling they got through the incredible enemy virus that is surrounding them!!! And the created audio recordings are sounding like Dark Tex Mex! That is very "STrAnGe" indeed! 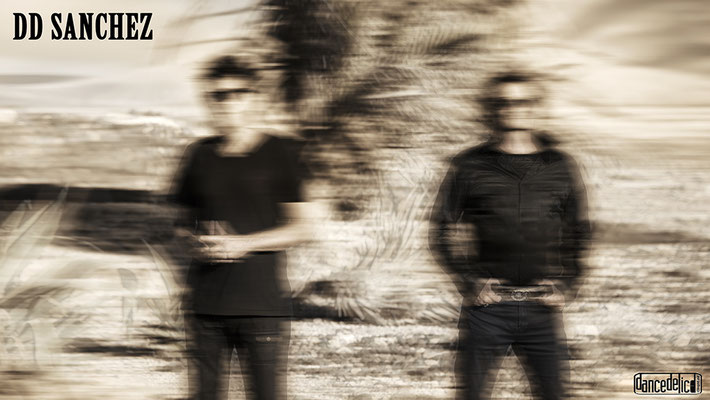 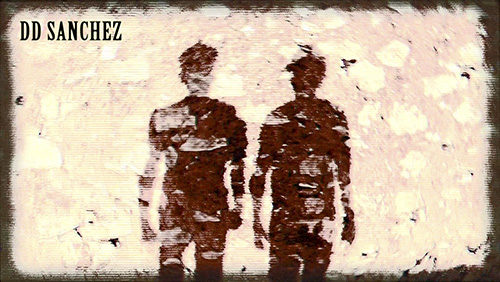 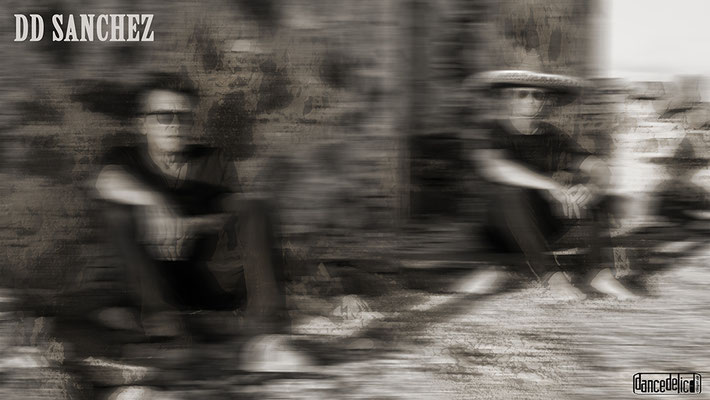 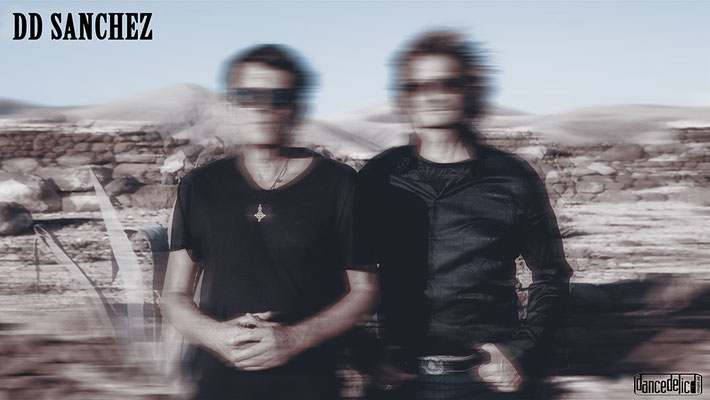 The name behind Always-Summer is Ezequiel Demare, genius musician, producer, surfer and DJ. An unforgettable summer of music 2018, very proud to have enjoyed playing with the master of sounds. Luckily one theme was recorded.

The Canary island of Fuerteventura is the birthplace of Seventura music project combining multinational musicians and influences. The music is inspired by the beautiful, calm, natural wonder that is Fuerteventura and is described as Soulful R&B, Chill Out, Indie Pop. The 2018 debut album 'It's All Right' is available to download from all online digital outlets.

All songs are available on Spotify, Amazon, iTunes, SoundCloud 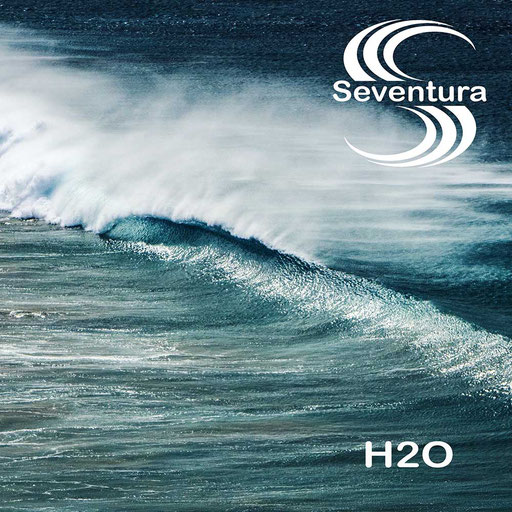 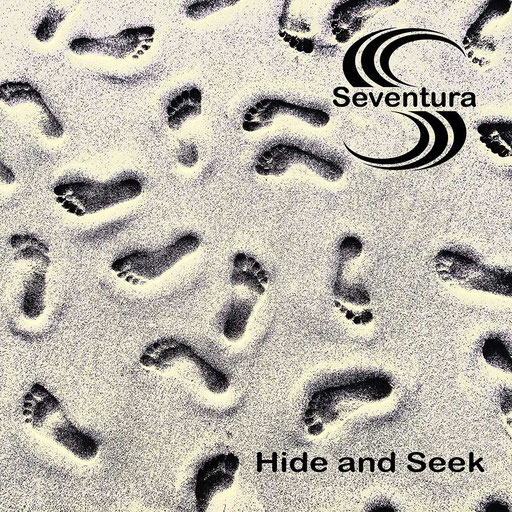 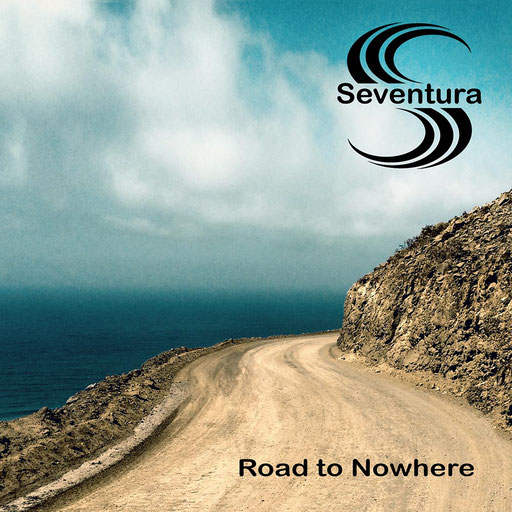 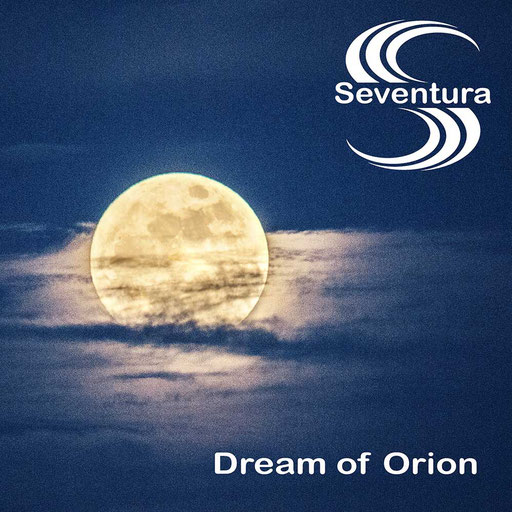 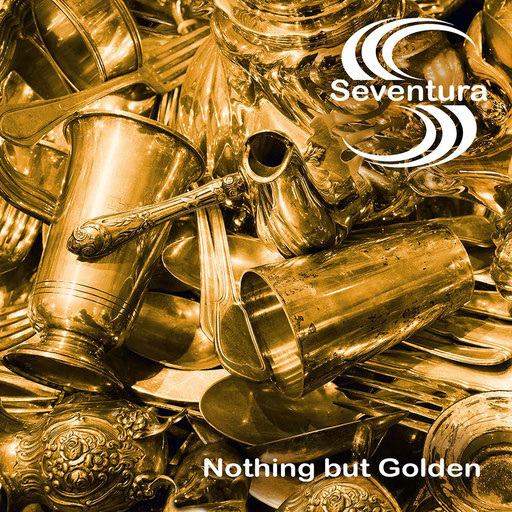 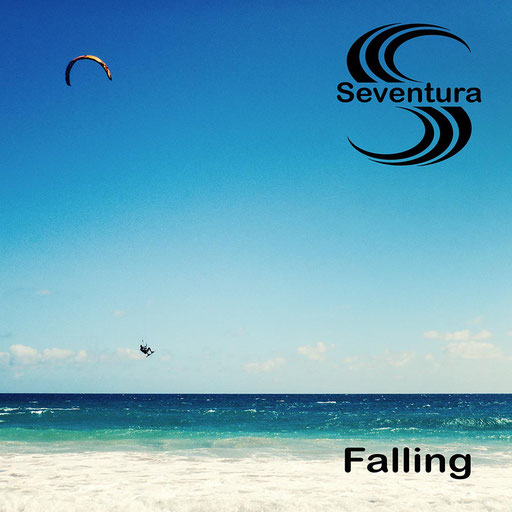 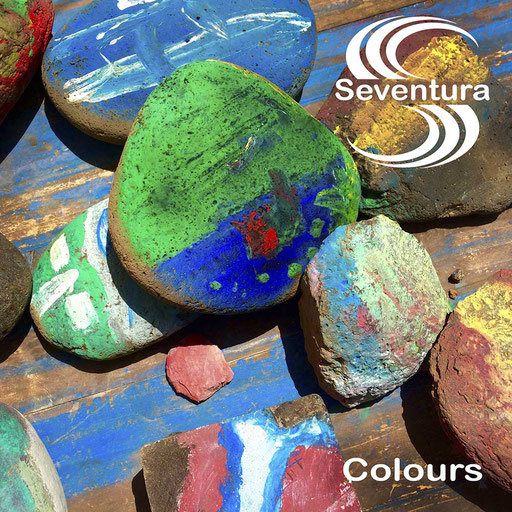 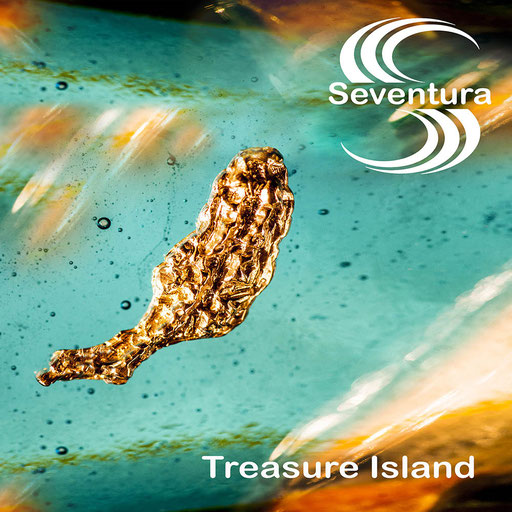 Years of inspiration, songwriting and endless jam sessions (1998-2003), with Stephan Labuda and Lars Legler at Oststr.119.

Meet and play, night and day. Unforgettable times for everybody who was involved.

Trimax music project was born around 1995, songs composed and played by Lars Legler and Joerg Schanze.

The Trimax 2001 out of stock album is named "The day I left life", produced by Lars Legler.

It was a pleasure to play the bass for Astronaut from Berlin. Thanks to our fan, great friend and secret third member of TRIMAX.